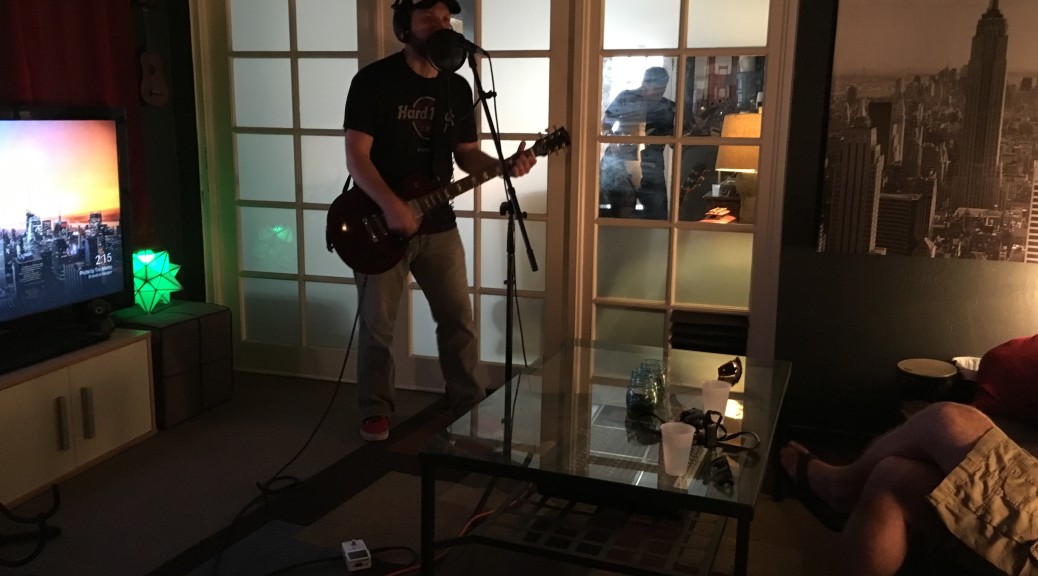 We are in the midst of a severe drought. In my part of the world that can be taken literally, but I am not talking about water. Let me ask you something, friend. When was the last time you heard a real rock song on the radio? When was the last time you heard a guitar thrashing and symbols crashing like waves against the breakwater? The grass in my town is slowly fading to a dusty brown. It matches the color of the thirsty earth from which it struggles to grow. But this Summer, in the middle of a dying field, I sat in front of a stage and the rain came.

It started innocently enough: the closing strains of a Neil Young cover band spread over us like a clear blue sky. But as Done. took the stage something in the air was changing. There was a tension, coming from the ground itself, of expectation. And as the opening riffs poured out of ten foot speakers into the parched ears of the gathered crowd, the sky darkened and the land itself sensed something was coming that it had sorely missed. The dank smell of vegetation, dry for so long yet feeling the coming downpour, rose from the earth as the power chords came down from above. But higher still, from the metallic-gray clouds, a sudden chorus of thunder burst out. Yet, even as the fire of their steel strings and symbols was quenched by the sudden deluge, the band’s music rose like a tsunami over the thunder, filling the ears of a crowd in desperate need of rock and roll. And this day they would thirst no longer.

The audience, and the earth, drank it all in. The music, and the storm, built and raged. At last there was so much electricity in the air that the clouds themselves exploded with it. Steaks of lightning spread across the sky as the thunder kept time with the bass and drums, flashes illuminating the roiling surface of the clouds. In the end the forces of nature won out, as they always will. The show was ended and the crowd dispersed, sent splashing for shelter through growing torrents of rainwater. But soon the storm had passed. And although the air was still heavy with moisture and charged with electricity, we craved more. I look forward to the day when rock and roll comes as frequently as the rains, and we no longer roam the sere wastelands of radio pop. Until then, I’ll dance like lightning in the thunderclouds as I listen to Done.

In July of 2015, Done. played a benefit for Relay for Life. I encourage you to visit their website to learn more about their cancer-fighting fundraisers.